Optimising caravan nose weight is vital for safe towing. RV Books’ Collyn Rivers shows why, and how to know what it should really be.

A billiard cue thrown light-end first rapidly changes ends. It becomes heavy-end first. Likewise, unless caravans are nose-heavy, they try to do the same.

Caravan nose weight, however, levers up the front of the tow vehicle. This reduces weight on its front tyres, that reduces their ‘cornering power’, i.e, it tends to oppose it moving in any but a straight line. This, (to put it mildly) is not desirable. It is even less so if needing to swerve to avoid a collision.

Early Australian-made caravans were typically 4-5 metres long. They weighed 1000-1200 kg. Most had centre kitchens and thus (usefully) centre-heavy. Few were towed above 80 km/h. Keeping them reasonably stable required a nose weight of 7%-10%.

Particularly from 2015, tow vehicles of 2-2.5 tonne led to maker producing longer and heavier twin-axle caravans. Many such caravans well exceed their tow vehicle’s weight. Furthermore, many are towed at well over 100 km/h.

Within reason, a caravan‘s weight is less of an issue than its length. And particularly where weight is distributed along that length. The closer that weight is to the axle/s the better. Ideally, the A-frame should carry no load. Furthermore (and vital) nothing heavy should be at its rear. In addition, personal loading should be likewise. If your caravan is like that, a nose weight of 7% should suffice. 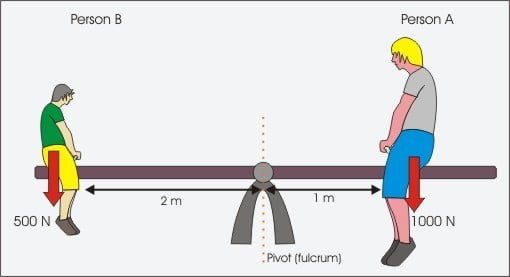 The effect of weight depends on where it is located. Pic: original source unknown.

The ongoing quest for reducing emissions includes reducing vehicle weight. That, as a result, reduced their allowable hitch weight. UK and EU caravan makers accordingly produced lighter caravans. Most weigh about 40% less per metre than the local product. They have minimal rear-end weight. Most have a nose weight of around 5%. European research, however, indicates that 6-7% is preferable.

In Australia, despite now lighter towing vehicles, most new caravans remain 6-7 metres long. They typically weigh 2 to 2.4 tonne unladen. To enable them to be towed by vehicles typically much lighter, unladen nose weights are, however, now around 4%.

This now very low nose weight is of concern. This is because there is a long-proven correlation between a caravan‘s nose weight and the road speed at which it is likely to sway. The lower the nose weight, the lower that speed.

Some caravan makers have ceased recommending nose weight. Many quote the unladen tow ball weight only. Notwithstanding that such weight may be well below optimum, it is only possible (legally), to advise buyers to follow maker recommendations. RV Books, however, does not necessarily endorse such recommendations.

Where no maker recommends otherwise, and where the tow vehicle allows it, use 8%-10% nose weight. For EU-style caravans use 6%-8%.

It is very rare to see a heavy ‘off-road caravan‘ being driven truly off-road. Many caravanners, however, buy such caravans assuming that they are better made. Some such caravans, however, weigh over 3.5 tonne. These really do need at least 2500 kg (5500 lb) nose weight (and preferably 3500 kg [7715 lb]). If buying, I recommend one no longer than 5 metres.

It is not feasible to suggest an off-road caravan‘s nose weight – except it should as much as the tow vehicle, caravan and tow hitch maker allows. Or, if lower, not towed above 80 km/h.

Unless towed by a vehicle that’s heavier, a WDH is usually required. Adjusting this to correct only 50% or so of nose weight assists towing stability. See weight-distribution-hitch-setting-up.

‘You want your money back!?’ – I told you it could be towed by your pick-up truck. I never said you should! Pic: agcoauto

How to measure caravan nose weight

Bathroom scales typically weigh up to 185 kg. To weigh more than that (using such scales) see: http://hildstrom.com/projects/tonguescale/

Note: It is technically correct to refer to nose mass (rather than weight). For the purposes of this article, however, the two may be seen as identical.

For an overall view see also:

Collyn Rivers’ in-depth books cover every aspect of camper-trailer, caravan and motorhome buying, design, building and use. They include the Caravan & Motorhome Book, the Camper Trailer Book and Caravan & Motorhome Electrics, Solar is covered in Solar That Really Works, for cabins and RVs. Solar Success is for homes and properties.

If you find this article of value, please assist others by posting this Link on related caravan forum queries.

My constantly updated articles in this area primarily summarize current thinking. They stem from my interest and involvement while employed by Vauxhall/Bedford’s Research Dept in the 1950s, and particularly by the influence of Maurice Olley.

Maurice Olley was born in Yorkshire in the late-1800s. Following time as Rolls-Royce’s Chief Engineer, he worked with General Motors Research Division. He later returned to Vauxhall Motors (UK). I was privileged to attend his lectures during my years at Vauxhall Motors Chaul End Research Centre.