A brief biography about Collyn Rivers 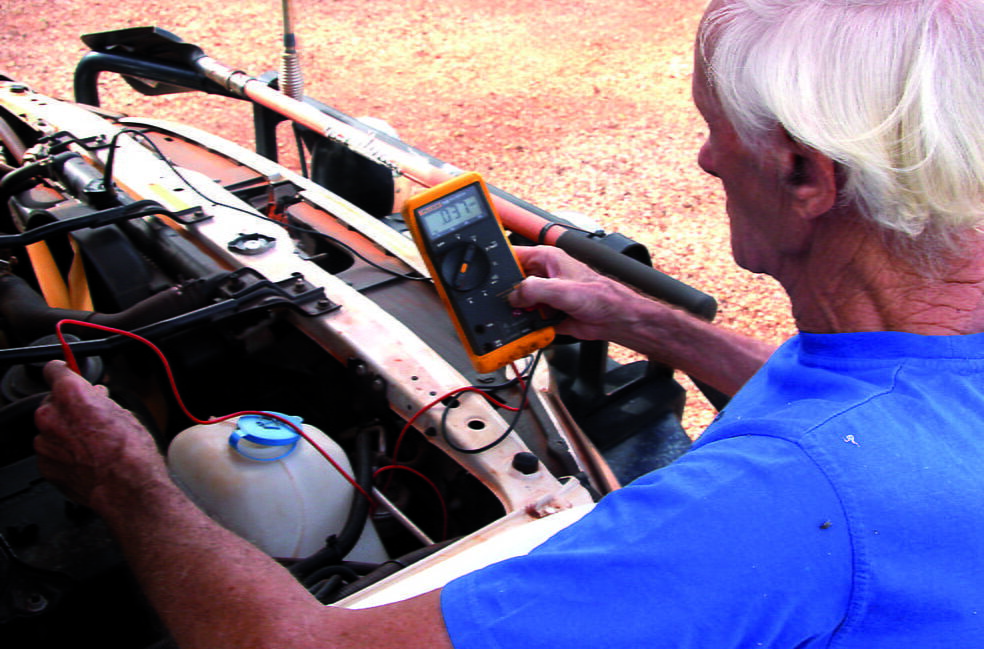 It is hard to know how to describe the enigma that is Collyn Rivers, although the Sydney Morning Herald (in the 1990s) probably came close to describing him as ‘one of the few remaining Renaissance men’.

Collyn has lived a life that has been incredibly varied. Many of his long-term readers are surprised to discover he had to leave school for good when he was 11. He started his first business when just 13 (building wheels for racing cyclists). Collyn joined the Royal Air Force when he was 17 and spent a fair part of his three-year period training to become a Ground Radar Engineer.

Following some years studying mechanical engineering he was employed by General Motors Research Division – where his then rare (RAF acquired) knowledge of electronics proved mutually useful. He then drove a big Bedford off-road truck twice the length and breadth of Africa studying road surface conditions. It was an epic journey in that Africa was in political turmoil. Collyn’s vehicle is the very last known to have completed that journey (through Africa’s centre). See Last Drive Across Africa.

He then spent three years in Libya and moved from there to Australia in 1964. Living in Sydney and working for a major scientific supplies company, he there designed and built highly specialised scientific equipment: from huge concrete testing presses to an X-ray coal scanning machine for BHP Research in Newcastle. From 1969-1970 he was Applications Engineering Manager of Natronics Pty Ltd - a company designing and building a wide range of specialised equipment - from giant overhead travelling cranes - to precision measuring equipment.

Collyn then changed careers almost completely. In 1971 he founded and edited what became a global chain of electronics and other magazines. In 1976, his best known Electronics Today International  (ETI) was awarded the title of ‘The World’s Best Electronics Journal’ by the IPREE. [ETI was and still is the only Australian founded magazine to have it's own overseas editions: in England, Holland, Germany, Canada and Indonesia].

During the later 1980s Collyn was technical editor of (the now sadly defunct) The Bulletin and also Australian Business magazine. During that time he also wrote the Australian Federal Government’s Guide to Information Technology and subsequently founded the ultra-successful (and now ACP-owned) Australian Telecommunications.

In more recent times Collyn has extended his engineering and journalistic abilities to writing and publishing in rather different areas. In 2001, he completed and published The Caravan & Motorhome Book. This rapidly became the bible for any motorhome owner or caravanner who sought to be as efficient, safe and cost-conscious as possible while travelling. His second book, Motorhome Electrics, gained similar status worldwide. [Now Caravan & Motorhome Electrics] it sells in over 50 countries, and is used both by auto-electricians and TAFE in Australia as a working text. A further book in the recreational vehicle field is The Camper Trailer Book.

Collyn’s book Solar That Really Works! (intended primarily for the RV field and now in an all new 2013 third edition), is also bought by many cabin and small home owners and builders).

The also totally (2014) rewritten, fully updated second edition Solar Success – is a complete guide to home and property systems. Whilst written for the Australian/New Zealand market, it has buyers worldwide.

“Why self-publish?” I asked when I first Collyn. A very straightforward reply came back. ‘It’s so I maintain control and can ensure everything is up-to-date and accurate. Also I can print in relatively small batches every few months, updating each print run where required as Australian Standards and technology changes.’

To say Collyn calls a spade a spade is an understatement. He calls it a ‘bloody shovel’ in no uncertain terms. It is this directness and total lack of facade that makes him an even more interesting personality. There is no misunderstanding his opinions on any subject. Ask any question and be prepared for a very definite well researched response.

Whether it is a fault or a strength, Collyn will tell you exactly what you want to know, like what any supplier or manufacturer is doing right or wrong – and then back his statement with the facts. The sales of his books speak volumes for the desire of both men and women to gain this in-depth knowledge.

At seminars, and without prompting, many of those attending vote Collyn’s the most comprehensive. Most also nominate him as the most knowledgeable speaker, able to answer so many queries from the audience straight off the top of his head.

Asked what he enjoys most about what he does, Collyn says he has had an exceptionally long working life [so far from 1941-2021] and has no plans whatever of retiring. He says the reason he knows a fair bit about a lot of stuff is that he has already enjoyed a working life approaching that of twice that of many now retired. Add to that a good memory (‘for things I want to remember’) and a very wide range of interests that range from technology in general, English and European literature to Aboriginal studies. He audited the four year Aboriginal Studies course at Notre Dame’s tiny university campus in Broome.

Collyn practices what he preaches: a lot of the content is based on decades of personal research and experiment, mostly success, and occasionally a rethink. This is reflected in his home and lifestyle.

He and his psychologist wife (Maarit) lived until 2010 on a secluded 10-acre property north of Broome, Western Australia, in an environmentally friendly all-solar house that they mostly built themselves. The home is naturally ventilated with glass everywhere to take full advantage of the incredible 190 degree view of the 300 metres distant Indian Ocean. Maarit even obtained her Welding and Production Engineering Certificates so she could participate in the building. It really threw contracting tradesmen when they needed heavy steel cut and Maarit brought out her own nine-inch angle grinder and did it for them! (Collyn and Maarit moved back to Sydney – in another all-solar house in 2010).

To sum up – let’s quote the Editor of Automobile, Electrical and Air Conditioning News – ‘When Collyn speaks, even the original equipment manufacturers take notice’.