Getting started with solar 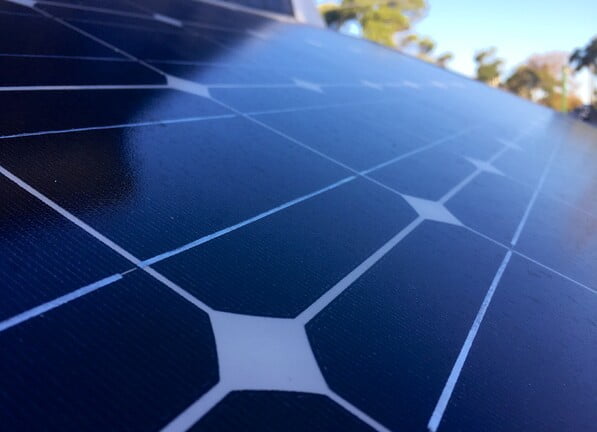 Solar is now so cheap that the main limitation is space available for the solar modules. RV Solar Basics explains all. It is not possible to have too much solar. Ample solar prolongs battery life. It also ensures at least some output during overcast days. There is no risk of overcharging, nor overloading the associated solar regulator. That regulator blocks the excess current.

RV Solar Basics – how much power will solar generate?

Excluding Australia’s mid-winter down south, expect 140 watts per square metre of solar module area (over a typical 3-5 hours a day) during most of the summer. That input maybe 180 watts a square metre north of Sydney. Tasmania) has much the same in summer, but less for the rest of the year. This is so likewise for the lower part of New Zealand’s southern island in mid-winter.

Solar input in tropical areas is, to many visitors surprise, no higher. In some areas, it is less. This is because the typical high humidity absorbs part of the irradiation. Furthermore, almost all solar modules dislike heat. As explained in greater detail in RV Solar Basics below, they work best when very cold

A further issue in tropical areas is that they stay hot all night as well. An RVs electric fridges may only barely work in these areas. This is not just because of the heat. There is often insufficient solar energy to drive them. Moreover, RV solar basics warns that warm beer on a hot Darwin night is unthinkable.

Solar modules convert light into electrical energy. There are two main types: polycrystalline and monocrystalline modules. The top-quality versions of each are now 18%-20%, but cheaper ones maybe only 14% or so. Both types are heat sensitive: they lose about 5% for each 10 degrees C increase in ambient temperature.

A further (less used) type of solar module uses so-called amorphous technology. Amorphous solar modules are not heat sensitive but are less efficient (about 14%) and hence larger per watt. Most solar modules weigh about 10 kg per 100 watts but the latest hybrid modules weigh only a third of that.

Apart from claimed efficiency, due to heat and other losses, solar module output is usually 20%-30% less than claimed on the packing. The maximum output is revealed but in technical units.

Only ten or so solar cell makers assemble complete modules. There is a vast number of small companies that assemble cells made by these few companies. Quality can only be totally assured by buying solar modules made by any of the widely recognised top ten.

For RVs there’s no choice but to locate solar modules are best located on the RV’s roof. All except the non-heat-affected amorphous modules, need a 25-50 mm air gap beneath them. In much of Australia and the upper part of New Zealand’s north island, horizontal mounting works well year-round. There will be some loss from May-August in southern areas. Horizontal mounting, plus that air space, keep the RV’s interior cooler in summer.

With a caravan, consider locating further solar modules on its tow vehicle’s roof rack. Those modules can be connected to the trailer’s system. Alternatively, they can power a fridge in that vehicle.

RV Solar Basics – how much solar capacity is needed

RV solar basics emphasise that it is impossible to have too much solar capacity. Apart from blocking by bushfires or heavy cloud, some solar energy is being captured. The solar regulator precludes battery overcharging. It will block excess input with no risk to the system or its solar modules.

There are two types of portable solar module. The first is a standard rigid module hinged like a freestanding billboard. The second is a flexible module (sometimes called ‘a solar blanket’) that fold out. They are often placed flat on the ground or the roof of a tow vehicle. Both work well enough technically. The best ones are expensive – but worth the price. (Do not leave then unattended – some RVers have had them stolen). 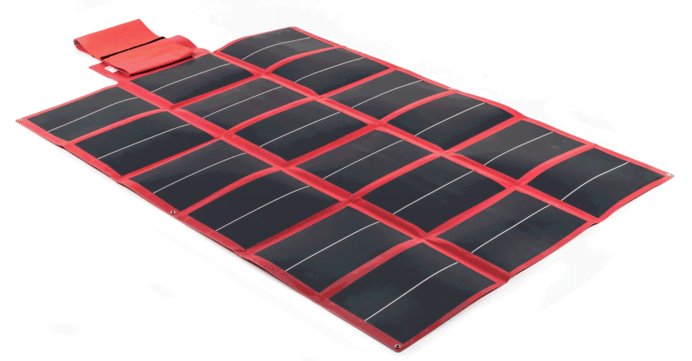