Lead acid batteries for caravans – they are still a good buy

Lead-acid batteries for caravans are still a viable buy. They are made in different shapes, sizes and capabilities. All work in a basically similar way. Energy is stored within them as a result of electro-chemical reactions between lead plates and a water/acid mix (called electrolyte). They are charged by imposing a voltage across them that is greater than the voltage ‘within’ them at the time. The greater that voltage difference the quicker and deeper batteries charge. When the battery voltage reaches the charging voltage, charging ceases. 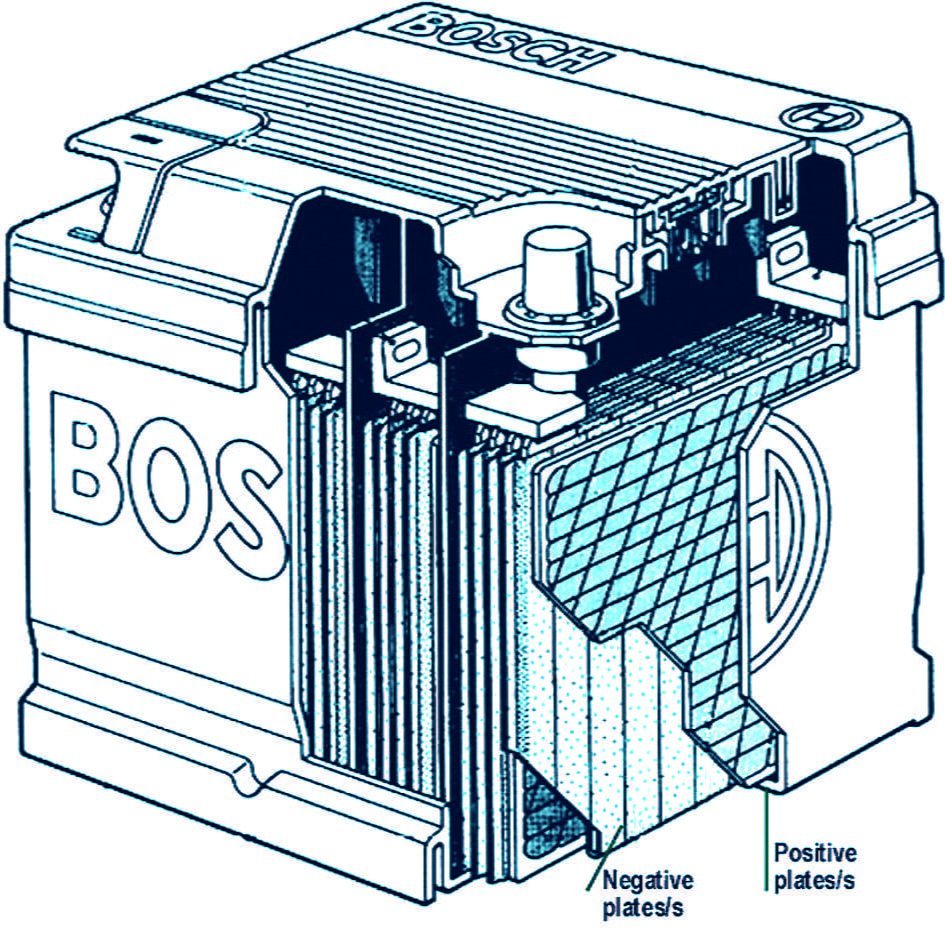 A lead-acid deep cycle battery is intended to supply current consistently over time, but not short term high current. Its life is shortened if discharged regularly at greater than 25% or so of its amp-hour capacity. Its name misleads as none can provide the full amp-hours claimed on the label more than a few times without serious damage.

If correctly charged (see Battery Charging and Battery Chargers), a deep cycle battery can be brought up to 100% charge. In practice, few are. Some in caravans never exceed 70%. Their makers advise not to discharge below 50%. In practice, many users ignore that advice. They routinely use the batteries until lights go dim and the beer warms (at about 80% discharge).

If treated as above, no deep cycle battery will withstand more than about 100 such cycles. If run down to about 30% remaining, they are good for 150-200 cycles. Doing as the makers advise provides 500-1000 cycles. Despite this, magazine journalists routinely state that a fridge (for example) that draws 5 amps will routinely run for 20 hours on a 100 amp hour battery. You’ll see pigs flying in formation before a 100 amp-hour lead acid battery can do that.

How low should I discharge?

Deep cycle batteries are best seen as ‘less-shallow-cycle’ batteries. Their vendors sell you amp hours. You can use a few slowly for a long time, or a lot quicker for a much shorter time, but it is not linear. Using a lot quicker, so the battery is often deeply discharged, will cost more per amp hour. Usage is mainly a trade-off between convenience and your bank account. Unless keeping discharge to about 40% remaining, the cheaper so-called traction batteries (such as Trojan) last as long.

At too low voltage, some appliances may be damaged. Water pumps rely on water flow for cooling. They may even stall and burn out if the voltage drops too low. Fan-cooled motors are particularly affected. This is because the amount of air shifted is proportional to the cube of the fan’s rotational speed – and that is related to voltage. Most fridges have a voltage sensing cut-out that disconnects the incoming power below 11.4 or so volts. This is usually claimed to protect the battery (which it does), but its main job is to protect that fridge motor from overheating. Apart from the above, running the battery way down is unlikely to harm other electrical equipment.

The ideal approach (which may require solar) is to size batteries such that they routinely charge to plus 98% and discharge only by a probable 15-20%. This way the batteries remain 85%-90% charged most of the time. Used like that they may last ten years or more.

A microwave oven’s rating (in watts) is a measure of the heat it produces – not the energy drawn in doing so. A typical 800-watt microwave oven draws about 1200 watts. This is about 120 amps from a 12-volt inverter. Doing this consistently will damage deep cycle batteries of less than 350-400 amp-hours. Caravans and motorhomes commonly have microwave ovens, yet may have a battery of only 150 amp-hours.

Engine starting requires 300- 600 amps, typically for two-three seconds. It only seems high. It discharges the starter battery by only 2%-3%. That charge is replaced within a minute or two of the engine starting. In practice, starter batteries spend most of their life at 65%-70% of full charge. Starter motors are designed accordingly.

To provide such heavy current, starter batteries have a large number of thin plates that present a large surface area to the electrolyte. This provides heavy current for a few seconds, but such batteries withstand only a few extended discharges. Flatten most ten times and they are dead.

Absorbed Glass Mat and gel cell batteries are heavier, bulkier and costlier than conventional lead-acid batteries. They charge more readily and may be discharged deeper with less self-damage. They can provide about 70% of their nominal capacity. This compensates in part for their greater weight, bulk and cost.

Older vehicle charging systems deliberately cut back charging at 70% of full charge. Many post-2000 and almost all post-2014 have alternators that produce far too low a voltage for effective charging. For all, the dc-dc alternator charging technique is so effective it is now the only way to consider doing it.

For charging from 230 volts, use only a high-quality multi-stage charger. These are not cheap, but a 10-15 amp such unit will outperform any chain-store 30-amp charger in its ability to charge deeply, quickly and safely. If this is done the batteries will last many times longer.

This particularly concerns those wet’ batteries (now used mainly only in big solar systems etc) but for all, keep the terminals clean. A tablespoon of bicarbonate of soda in a bucket of water acts like a charm. Once a year disconnect the terminals and clean them until shiny on their contacting surfaces. After reconnecting, coat with Vaseline or battery protection fluid.

If relevant, check water levels at least every eight to ten weeks. A correctly charging wet battery should use some water. About 10-20 mm every ten weeks is normal in temperate climates. If less, the batteries are probably being undercharged. If much more, and unless you are in a very hot area, they are possibly being overcharged.

Avoid Christmas trees of cables hung off battery terminals. Instead, install one or more common power posts, and take a single heavy cable from there to the battery terminal.

Future of lead-acid batteries for caravans

Conventional lead-acid batteries were developed over 150 years ago. They have only barely advanced in their energy holding capacity (that is closely related to the weight of their lead plates). Despite this, they are still a good buy for caravans and motorhomes. They are likely to be used for some time to come, also in large solar systems etc.

Gel cell batteries still have a following, but AGM batteries are now more commonly used. Both are increasingly challenged by lithium-ion battery technology.

There’s a huge amount more about batteries in my books Caravan & Motorhome Electrics, Solar that Really Works (for caravans and motorhomes) and Solar Success (for home and property systems). My other books are the Caravan & Motorhome Book, and the Camper Trailer Book. For information about the author Click on Bio.