Fuel savers do not work – almost all are scams

Fortunately less seen nowadays, fuel savers do not work. Most were actually franchises that enabled franchisees to sell a useless pill. The ‘fuel saver’ is typically made of camphor.

A 2006 such scam (of about $100 million globally) involved just such a pill. It was claimed to save ‘up to 42%’. But, that being sold was not a fuel saver. It was $100,000 franchises to sell it. Initial franchises funded the promotion for selling for sub-franchises. And at various levels.

Many such scams work that way. When enough is sold promotion ceases. Whether the ‘product’ works is irrelevant. That being really sold are franchises.

Media is deluged by ‘testimonials’. These assert the useless products ‘work’. But most come from franchisees. The intent is not to sell the ‘pill’. They are to sell sub-franchises. Tens of thousands did. Some paid up to A$100,000. Early franchisees were lucky. But many later buyers lost their life savings.

Despite loosing their money, many maintained the worked. Moreover, that subsequent legal intervention was a ‘fuel industry conspiracy’.

Useless such products continue to sell. Not all vendors are cynical. Many believe that claimed. Few have the  facilities to self-test. This book explains all. It finally exposed the scam.

Psychologist Leon Festinger says people ‘attempt to reconcile poor-fitting beliefs and actions by self-justification’. ‘That XYZ works! It cost me $250. And I’m no fool’.

This likewise occurs with sales staff. A salesperson may switch from selling Audis to selling BMWs. Overnight he/she is self-convinced the BMW is now better.

Fuel savers do not work – engine computer chips can mislead

Claims for fuel saving devices may include increasing power and torque. Such claims date back to the 1920s.

These claims are mutually exclusive. Engineers consider the most probable uses. They optimise engine longevity, power and fuel consumption for such usage. Increased power, wider torque range, or less fuel usage is possible. But at the expense of one or more of the others.

Replacement chips can increase torque and/or power. But if that increase is used, it increases fuel consumption. It may reduce. Were it otherwise, the vehicle maker would have done so. This market is decreasing. Many current cars have driver-selectable modes. These enable the owner to decide.

Misleading promotion included ‘magnetically aligning’ fuel particles. Fuels are non-magnetic. No such alignment is possible. Despite this the Brock Energy Polarizer had bar magnets claiming ‘alignment’.

This claim extended to every molecule in the vehicle. Plus noise, vibration and suspension harshness. Furthermore, it even claimed to allow the vehicle to run on low octane fuel. 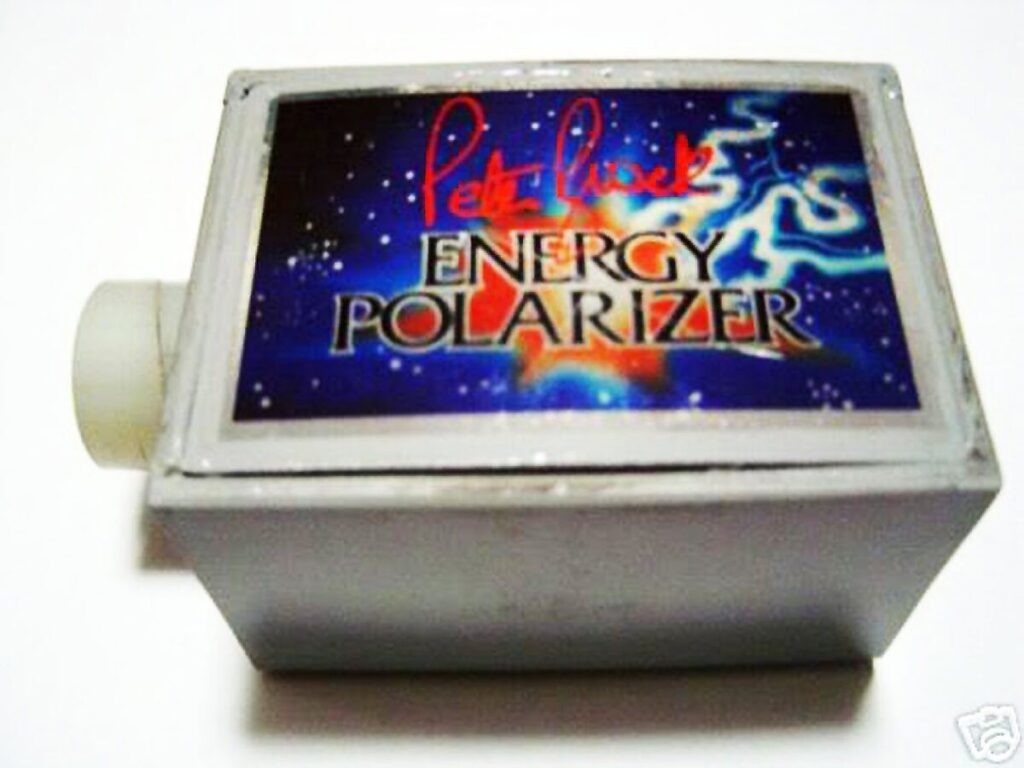 Fuel savers do not work – a car ‘running on water’

I personally exposed this in my Electronics Today International (ETI) magazine. It was a virtually standard car claim to ‘run on water’. Jo Bjelke-Petersen, Queensland’s then premier officially supported it. Furthermore, politicians and magazine journalists reported how well it worked. Some commented on its smoothness. But none queried its basic physics.

My staff and I arranged to check the vehicle. The seemingly all but standard car towed a trailer, that held a large water tank. A flexible (seemingly water hose) ran from that tank to the car’s slightly modified carburettor.

While a staff member distracted the ‘inventor’ we had a look under that tank. It did not totally take up the entire area. There were also lead-acid batteries. These powered what appeared to an electrolyser (a device that used electricity to produce hydrogen from water).

Being aware that given truly minor changes, petrol engines run well on hydrogen or coal gas (many did during WW2) it seemed that the Bjelke-mobile ran on hydrogen. This was confirmed when we found the ‘water feed pipe’ to the car was a hydrogen gas feed. A huge nearby battery charger showed the battery bank was charged overnight from the grid network.

We made no comment at the time. A month later  published what we had found. Plus a photo on the magazine’s front page. The Queensland Premier was not amused. The Queensland government withdrew support. The Premier later resigned and moved to Tasmania.

Occasionally, major breakthroughs do result in overall gains. Turbo-charging works by exploiting otherwise wasted exhaust gas energy. In the 1970s, car makers claimed it a breakthrough. Here again, promotion misleads. It was not a current breakthrough. Turbo-charging was conceived in 1915. It was used extensively in ships from 1930. And in big trucks from the early 1950s.

Car makers reduce fuel usage by a large number of small improvements. Even minor gains involve extensive research. Many save less than 0.5%. An improvement of 1.0% may cost tens of millions of dollars.

Economy tyres are a rare exception. They reduce heat producing tread and side-wall flexing. This reduces fuel usage by about 3% saving.

Virtually halving fuel usage has taken twenty or so years. It involves massive worldwide effort, and staggering cost. Yet ‘true believers’ claim only marginally less is achieved via a pill made of camphor!

The most effective fuel saver by far is to drive slower and gently. Driving at 80 km/h instead of 100 km/h cuts usage by 25%. Or, as in one case (Jowett cars) by a washer in the air inlet manifold. This restricted air and fuel draw. Performance enhancement was done by removing the washer. But, if that extra performance was used, fuel consumption increased.

Fuel savers do not work – errors in perception

Fuel consumption is surprisingly hard to measure. Temperature and barometric pressure varies how much the tank holds. Fuel pumps are not 100% accurate. Filling station forecourts are not always level. Minor changes in driving patterns affect consumption.

There is also a placebo effect. A ‘fuel economiser’ may cause buyers to become aware of fuel wasting habits. They change their driving accordingly. In one test, 50% of Vauxhall’s test fleet drivers were told their cars were ‘tuned for economy’. Yet all actually retained standard settings. The ‘tuned for economy’ drivers consistently used less fuel. They slowly reverted when told the cars had been ‘set as before’. I know because I worked there and organised that test.

Editorial is increasingly ‘advertorial’. Many ‘product reviews’ are paid for. Some magazine openly offer it. The charge (in 2020) is about $2500 a page.

Internet forums have a few people offering sound advice. Many are swamped by true believers, and the ‘it’s just common sense’ brigade. Much such stuff is wrong. Some is potentially dangerous. Many forum posts have content that defies the laws of physics. Campfire discussions can be similar.

‘The great enemy of the truth is very often not the lie – deliberate, contrived and dishonest – but the myth – persistent, persuasive and unrealistic.’

Leon Festinger explains much of the above (in his very readable) Theory of Cognitive Dissonance.

My books and articles carry no advertising or promotion (other than for my books). These are all-new Caravan & Motorhome Book, Camper Trailer Book, Caravan & Motorhome Electrics. Solar That Really Works is for cabins and RVs. Solar Success is for home and property systems. Bio.