The first domestically available gas (around 1850) was produced by burning coal. This was often in an inadequate level of air. The consequent 10% or so carbon monoxide content was often lethal. Carbon monoxide’s danger became quickly known and respected.

Propane was generally accepted in the 1930s.  LP gas was later used in RVs, and natural gas in homes. Nevertheless, many users remained unaware of the still existing risks.

LP gas and natural gas are both safer. But only by having lower levels of carbon monoxide. Furthermore, they take longer to kill. Nevertheless, approximately 30% of people with severe carbon monoxide poisoning are still likely to die [1].

During 2001-2002, carbon monoxide poisoning was responsible for 43.9% of accidental deaths in New Zealand [2]. The report noted that imported LP gas portable appliances, certified only for outdoor use, were being claimed as suitable for use indoors. Furthermore, it warned that misusing such appliances indoors, including caravans and tents, is unsafe and potentially fatal.

Inhaling even relatively small amounts of the gas can lead to hypoxic injury, neurological damage and even death [3].

Carbon monoxide exposure might lead to a significantly shorter life span due to heart damage [4].

Exposures at 100 ppm (parts per million) can be dangerous to human health [5].

Carbon monoxide poisoning is the most common cause of injury and death due to poisoning worldwide. [6].

In 2012 user denial came to a head. Three men died in a matter related to carbon monoxide poisoning, in a caravan in Tasmania. Despite no Coroner’s report yet published, many posts appeared on caravan forums. They denied the cause of the deaths – yet came from people with no possible knowledge of what had occurred. Such denial still exists.

Consequent to those deaths, the federal government established a ‘Gas Appliances (Carbon Monoxide) Safety Strategy’. Its purpose was to make people (particularly RV users) aware of the risks.

The Caravan and Motorhome Club of Australia (CMCA) asked me to assist in preparing a formal government submission. My report noted that: ‘the existing regulations relating to gas installation in RVs do not necessarily need changing. The problem is that RV owners are not taking risks sufficiently seriously’.

Furthermore, it noted ‘The major risk identified (in our opinion) is that of gas appliances being used in an inappropriate manner. For example, LP gas ovens left on with the door open to provide heat. Cast iron or steel plates and ceramic pots placed over LP gas rings for the same purpose.’ The report furthermore alluded to the ongoing illegal use of LP gas catalytic heaters ‘in poorly ventilated annexes and within the RV itself.’

My report included that, ‘A further issue is the lack of quantitative data on reported incidents of carbon monoxide poisoning in RVs. This has created concern because the warnings of the dangers are frequently met by denial. People argue (wrongly) no hard data exists.’

In 2010 New Zealand Energy Safety commissioned an independent report. The report found there was not a sufficient safety problem to introduce ban. It did, however, advise to place additional health and safety warnings on LP gas units.

The cause of the risk

LP-gas (and fossil fuels generally) require a great deal of air to burn safely. Burning LP gas in an enclosed space decreases oxygen, and increases carbon dioxide, within that space. Furthermore, the amount of air required varies with the nature of the gas.

If you (illegally) run propane appliances from Autogas, that gas may contain butane. If it does, it will produce carbon monoxide through incomplete combustion. A total giveaway is a yellow content in the flame. 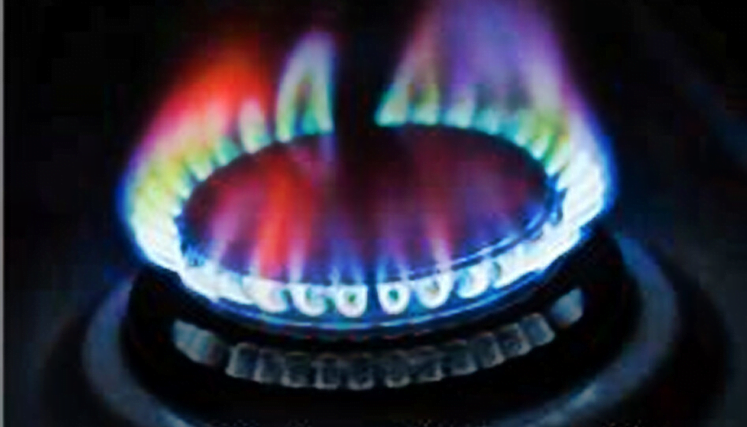 This flame is borderline safe. Ideally, it should be blue.

As total burning cannot be guaranteed, space heating in Australia requires the burning process to be external to the space heated. Moreover, this policy is now being followed in many other countries

The above is made clear in AS/NZS AS5601. As with its earlier version, and its predecessor, (AG 601-1995), the appropriate wording states:
‘The following appliances shall not be installed in a caravan *:
(c) a space heater, other than a room-sealed type.

* (AS 5601 defines a caravan as ‘a structure that is or was designed or intended to move from one place to another, whether towed or transported, which is intended for human habitation… and includes a self-propelled recreational vehicle.’)

Item 6.9.4 of the new Code calls for a permanently legible label.

The label must have a minimum character height of 4.0 mm. It must be affixed ‘in a conspicuous position on or adjacent to, the ‘[gas cooking]’ appliance. It shall provide at least the following information:

WARNING
Ensure ventilation when the cooker is in use.
Do not use for space heating.

Even low levels of carbon monoxide should be avoided. The World Health Organisation lists 5-20 ppm (parts per million) as impairing performance. It warns decrease exercise time, and be vigilant.

The International Mechanical Code limits 25 ppm as the maximum in parking garages. Kurt (1978) reports 27 ppm as associated with a 21% increase in cardio-respiratory complaints. The World Health Organisation reports 30 ppm as the earliest onset of exercise-induced angina.

At about 35 ppm (parts per million), carbon monoxide starts becoming severe. There are a headache and dizziness within six to eight hours, 200 ppm (about 0.02%) causes a slight headache within two to three hours, plus loss of judgement. Around 800 ppm (0.08%) there is dizziness, nausea, and convulsions within 45 min, insensibility within two hours and death within three hours.

The natural atmospheric level is about 0.1 ppm. The exhaust from a warm car’s exhaust (that lacks a catalytic converter) is 7000 ppm [8].

USA’s relevant (OHSA) regulations limit long-term workplace exposure levels to less than 50 ppm (0.005%) averaged over 8-hours. Furthermore, employees are to be removed from any confined space if an upper limit (‘ceiling’) of 100 ppm is reached’ [9].

Inadequate or blocked ventilation increases carbon monoxide build-up. Because of this, the risk of brain damage at lower levels of exposure is real. Furthermore, elderly, children and people with heart and respiratory problems are likely to experience the effects sooner. Moreover, (and severely) may heavy smokers.

Caravan forum advice that ‘it is only dangerous if you do not stay awake’ shows astonishingly naïve lack of understanding.

The use of any gas appliance for direct space heating in a caravan is illegal in every state of Australia. Furthermore, any cooking appliance used for space heating, by any form of burning gas, is defined as a ‘gas appliance’.

Many forum posts argue that a ceramic pot or whatever is ‘not an appliance’. These overlook that devices are legally definable in terms of intent – not necessarily of content. A screwdriver may thus be defined as a tool for dealing with screws. Or, in potentially dangerous areas at night, as an offensive weapon. The same reasoning extends to a gas cylinder or a can of petrol. Either, if carried onto a plane, will be designated as a bomb.

A ceramic device placed over a lighted gas stove for space heating is liable to classified as a direct heating appliance. It is therefore prohibited.

Why doing that is dangerous is because the flame becomes trapped within an area where air may not flow freely. As the gas is thus not entirely burned, that device generates carbon monoxide. It may reveal that by burning with a yellowish flame. Or forming and depositing soot.

The above was confirmed by a Gas Regulator some years ago. When asked if placing a ceramic pot or steel plate over a gas ring, or leaving the door open on a lighted oven, with the intent to heat an interior space, it becomes, by definition a space heater, he responded ‘my bloody oath’!

References to local usage are currently (mid-2019) in Australian Standard AS/NZS AS 5601.2013. An Amendment for LP-gas Installations in caravans and boats for non-propulsive purposes was published by Standards Australia in May 2016.

A summary called Guide to Gas Installations in Caravans & Mobile Homes (containing all of the above references) is available free from The Office of Gas Safety (or its equivalent in each state). It does, however,  relate primarily to the previous Standard. It is also available on the Internet (Google the above title).

Product Safety Australia advises that other common products can and do emit carbon monoxide. These include:
• Barbeques that burn charcoal, gas or wood
• Fireplaces that use charcoal, gas or wood
• Portable cookers that use gas or kerosene
• Portable and outdoor heaters that use gas or kerosene
• Electric generators that are diesel or petrol-fuelled and
• Electrical equipment that is diesel or petrol-powered (e.g. blowers, chainsaws, pumps and welders).

Until 2010 the Gas Standard (AS 5601) related only to Australia primarily because Australia’s LP gas is either propane or mostly propane with a small proportion of butane, while New Zealand uses propane and up to 50% butane.

Appliances built to burn one form of LP gas can be hazardous when used to burn another form of LP gas.
The Australian Gas Regulators’ view was that (as with using Autogas illegally to replace LP gas) that this posed an unacceptable safety risk respectively to New Zealand and Australian consumers.

Truma has a generally similar LP gas powered equivalent. All draw fresh air in from outside and exhaust to the outside.

There is also a range of similar units from Diesel Heating Australia. The Eberspächer product in some countries is marketed under the Dometic name, and sold by Dometic.

These are the only form of heating recommended for annexes, caravans and motor homes. RV Books’ The Campervan and Motorhome Book covers this in-depth.

How to detect carbon monoxide

The only way to detect carbon monoxide is via a pocket detector – or for caravans and motorhomes, via a permanently fixed one. They are readily available from virtually all hardware stores. 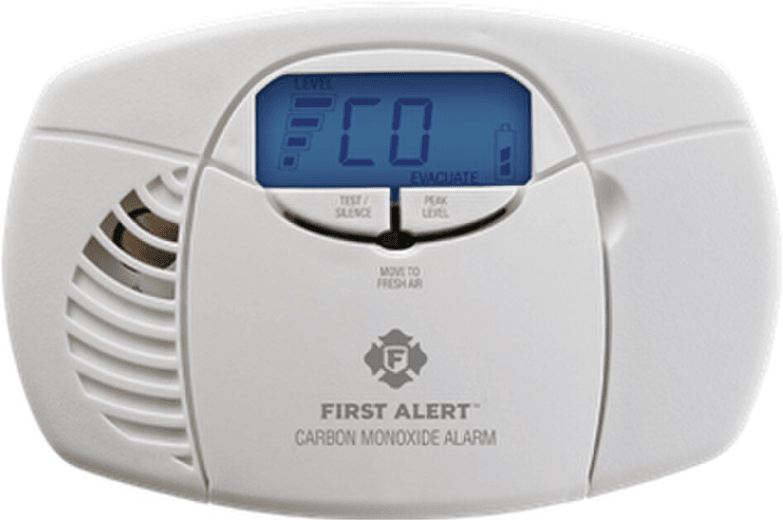 What to do if carbon monoxide is detected

The previous AS 5601 Gas Standard has been replaced by a new Standard published (by Standards Australia) in May 2016.

That relevant for caravan and motorhomes is Part 2 (Gas Installations in caravans and boats for non-propulsive purposes). Note that, legally, ‘caravans’ includes all RVs.

The most significant amendments to Part 2 are:
A new diagram for the mounting of an LP gas cylinder in a caravan including clearances from openings into the living space
A new requirement for the installation of gas BBQs and radiant gas heaters designed for outdoor use.
New pipe-work strength and gas tightness test

Gas Installation Code AS 5601.2013 with an Amendment for LP-gas Installations in caravans and boats for non-propulsive purposes. (Published by Standards Australia on 11 May 2016).
Report of the (S.A.) Technical Regulator 2005-2006, Annual Report (p.7).
Office of Gas Safety (Vic) – Guide to Gas Installations in Caravans & Motorhomes.
Similar guides are available from all State gas regulatory bodies.

This article is copyright © RV Books.

RV Books can be contacted at [email protected]

How to Choose and Buy an RV has just been published and the paperback version and is only available from Amazon. It will reach the booksellers in the next few weeks. We'll add links as they become available.