A major LP gas risk in caravans is carbon monoxide build-up. Low levels cause brain damage and death at high levels. Here’s how to eliminate the dangers. Carbon monoxide builds up as a direct result of burning LP gas in any inadequately ventilated confined space. The risk in RVs is high enough to take seriously. Since 2009 about 12 people (in Australia alone) died in caravans due to the above. In the USA it typically exceeds 1000 people a year. Far more have suffered brain damage.

The earlier so-called coal gas produced by burning coal in the virtual absence of air resulted in 10% or so carbon monoxide. It was so potentially lethal that it was used with caution. LP gas, however, has a lower carbon monoxide content. It takes longer to kill. Nevertheless, ‘some 30% of people with severe carbon monoxide poisoning are likely to die as a result’. [1]

Inhaling even relatively small amounts of the LP gas can lead to hypoxic injury, neurological damage and even death’ [2]. Carbon monoxide exposure may lead to a significantly shorter life span due to heart damage [3]. Exposures at 100 ppm (part per million) can be dangerous to human health [4]. Carbon monoxide poisoning is the most common cause of injury and death due to poisoning worldwide. [5].

About 35 ppm (parts per million) of carbon monoxide causes headache and dizziness within six to eight hours. Some 200 ppm (about 0.02%) causes a slight headache within two to three hours. Plus loss of judgment. At 800 ppm (0.08%) there are dizziness, nausea, and convulsions within 45 min. There is insensibility within two hours, and death within three.

The main causes of LP gas risk in caravans

LPG and fossil fuels require a lot of air to burn safely. Doing so in an enclosed space increases LP gas risk in caravans. It decreases the oxygen content, thus increasing carbon dioxide concentration. The amount of air required varies with the nature of that gas. Appliances mostly used in boats and caravans etc. are intended to run from propane. If used, as some do (illegally plus dangerously) with Autogas, incomplete combustion may produce more carbon monoxide.

That Autogas may not be used for any purpose than its original intent is covered in various legislations. The main one is Clause 5.1.1 of AS/NZS 5601. This states that appliances must be designed, verified and certified to use only a specified gas. No domestic appliance is so certified.

It is also forbidden under 9A (1) of the Gas Safety Act 1997. This in effect recognises that Autogas has a composition other than LP gas.

Incomplete combustion is indicated by a yellow content in the flame. As 100% burning cannot be guaranteed, space heating in Australia, and many other countries, thus requires burning to be sealed from the space heated. 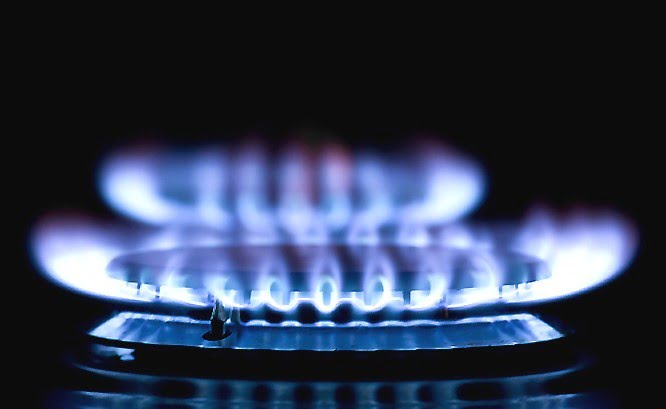 LP gas (in this case it is propane) should burn with a totally blue flame. Any trace of yellow indicates incomplete combustion – and the generation of carbon monoxide.

Increasing the LP gas risk in caravans is that our breathing contaminates the air. We take in about a half a cubic metre of air every hour. Of that, we convert about 4% of into carbon dioxide. The exhaled carbon dioxide level thus rises. The available oxygen level falls. The latter is normally 21% or so. It may, however, drop to 15% before symptoms (such as fatigue) set in. Oxygen deprivation through this alone has been tragically demonstrated. ‘Illegal’ migrants have been asphyxiated inside sealed trucks.

The risk of brain damage at lower levels of exposure, where ventilation is poor, is only too real. Those over 40 or so, children, and people with heart and respiratory problems, are likely to suffer from the effects. They do so sooner and more severely as may heavy smokers.

As a result of ongoing deaths, a formal (Australian) initiative made people (particularly caravan users) aware of the risks. It was called the ‘Gas Appliances (Carbon Monoxide) Safety Strategy’. I prepared the formal submission for the Caravan and Motorhome Club of Australia.
That submission included: ‘Our view is not so much that the existing regulations relating to LP gas installation in RVs necessarily need changing. It more that owners do not take the known risks sufficiently seriously. That is shown often, not only on (the then) cmCA’s forum. It happened (and still does), on other forums.
I noted that ‘the major risk identified (in our opinion) is that of LP gas appliances being used in an inappropriate manner. For example, LP gas ovens left on with the door open to provide heat. Iron plates and ceramic pots placed over LP gas rings for the same purpose’. I also alluded to ongoing illegal use of LP gas catalytic heaters ‘in poorly ventilated annexes and within the RV itself.’
The submission also noted: ‘A further issue is the often alleged lack of quantitative data on reported incidents of carbon monoxide poisoning in RVs. This has created concern because warnings of the dangers are frequently met by denial. The basis of that is typically ‘that no hard data is available.’ There is, however, ample such data.
LP gas risk in caravans – Australian government action

Rules regarding LP gas risk in caravans have since been tightened in the USA, Australia and New Zealand. The previous Australia-only Gas Standard has been replaced by the joint AS/NZS two-part Standard AS 5601.2013. That RV relevant is Part 2. (Gas Installations in caravans and boats for non-propulsive purposes). Legally ‘caravans’ now includes all RVs.

As with its predecessor, AS 5601:2013 states, ‘amongst appliances that shall not be installed in a caravan is a space heater, other than a room-sealed type.’ This rules out suggesting gas oven doors be left open to heat a caravan. And similar idiotically dangerous suggestions.

(AS/NZS standards define RVs as being/: ‘a structure that is or was designed or intended to move from one place to another, whether towed or transported, which is intended for human habitation . . . and includes a self-propelled recreational vehicle.’)

Item 6.9.4 of the new Code thus calls for a permanently legible warning. This must have a minimum character height of 4.0 mm. It must be affixed ‘in a conspicuous position on or adjacent to, the ‘[gas cooking]’ appliance and shall provide at least the following information:’

Ensure ventilation when the cooker is in use.

Do not use for space heating.

It is for very good reason that using LP gas for direct space heating in caravans is illegal throughout Australia. Further, any cooking appliance used for space heating by any form of burning gas is defined as a ‘gas appliance’.

It is still occasionally argued that a ceramic pot or whatever placed over a gas ring, or an oven door left open is ‘not an appliance’. This overlooks that devices are legally defined in terms of intent. Not necessarily content. A screwdriver may thus be defined as a device for dealing with screws. Or in dangerous areas at night, as an offensive weapon. The same reasoning extends to LP gas cylinders and cans of petrol. Either, carried onto a plane, is designated a bomb.

Germany’s Webasto and Eberspächer companies produce (very similar) diesel-powered space heaters and space plus hot water power heaters. The Eberspächer product is also sold under the name Dometic. There are also many look-alikes. Truma has an LP gas-powered equivalent.

All draw fresh air in from outside and exhaust to the outside. These are the only form of heating that can be recommended for cabins and RVs. They are fully covered in the Caravan & Motorhome Book and The Camper Trailer Book.

The minimum free area of the permanent ventilation that must be provided is defined in Section 7.3.1 of AS/NZS 5601:2 2013. This applies also to a pop-top caravan whether the top is up or down. This must be at least 4000 mm², or that value from the formula below (whichever is larger):

V is the minimum free area (in square mm) where:

U is the input rating for all gas appliances, including the cooker, in MJ/h (as on the rating plate) P is the number of persons for whom the ‘compartment’ is designed.

The Standard stresses this is the minimum required. It should be exceeded where feasible. It also notes that mesh or screen reduces the ‘free area’. That must be allowed for. The openings must be at opposite ends or sides of caravans. But not, however, in the rear wall of a ‘motorised caravan’ (e.g. motorhome).

Until 2010, the then Gas Standard (AS 5601) related only to Australia. This was primarily because Australia’s LP gas is either propane or mostly propane with a small proportion of butane. That in New Zealand is propane and up to 50% butane.

Appliances built to burn one form of LP gas can be hazardous when used to burn another. The Gas Regulator’s view was that (as with using Autogas to replace LP gas) it poses an unacceptable safety risk to New Zealand and Australian consumers. This issue is now resolved. The reference is ‘Australian RV appliances increasingly being certified for use with Universal LPG Gas to accommodate the NZ market’. It was from the NZ Office of Energy Safety, 18/09/2012.

(This ‘Universal LP gas’ issue affects only Australian gas appliances made for the NZ market).

The ‘advice’, commonly found on website forums to the effect: ‘it is only dangerous if you do not stay awake’ etc shows an astonishing lack of understanding. Doing that oneself is dangerous enough. To advise others to do is seriously illegal.

Were someone to die as a result of following such advice, the consequent charge can even be manslaughter. Further, those inciting others to perform an illegal act, commit a criminal offence.

This came to a head in early 2012. Three men died from carbon monoxide poisoning in a caravan in Tasmania. Despite the Coroner’s report not then published, and media reports based on speculation, many forum posts denied that LP gas was the cause.

References to local usage are in Australian Standard AS 5601:2013. This is now in two parts. Part 1 is for domestic applications, Part 2 is for caravans and boats. ‘Caravans‘ is used there as a generic term for any transportable structure.

See also my Safe caravan and motorhome heating. Further information on gas installation is provided in the Caravan & Motorhome Book, and The Camper Trailer Book. My other books are Caravan & Motorhome Electrics, Solar That Really Works (for cabins and RVs). And Solar Success (for homes properties). For details of the author’s background please Click on Bio.

Almost all of the above article is applicable also to New Zealand.

Similar guides are available from all state gas regulatory bodies.

I research topics routinely prior to writing anything technical – but rarely include such references in material intended for general reading. I include references (from refereed papers from major journals etc) here to stave off ‘that’s just your opinion’ responses.