The Camper Trailer Book – Chapter  2: Where to Go in Australia

Where to go in Australia depends substantially on the time of year. The east coast is packed from late-December until mid-January. Also during Easter and school holidays. This is particularly so along the ‘grey nomad and backpacker’ roads from Sydney to Cape Tribulation (Qld), the Great Ocean Road, Kakadu and Uluru, and Broome from May-September. It is true of anywhere that has good fishing and/or boat access. It is especially so for anywhere recommended in a Lonely Planet Guide.

The north of Western Australia and the Northern Territory have few roads or towns. Most other states have good main roads, back-roads and settlements.

Camping is permitted in most Australian national parks and most state forests (freely in NSW, and usually still free, but by permit, in Qld and SA). An on-road camper trailer will adequately cope, including on the tracks in most national parks, as well as detours to grassed camping areas etc. 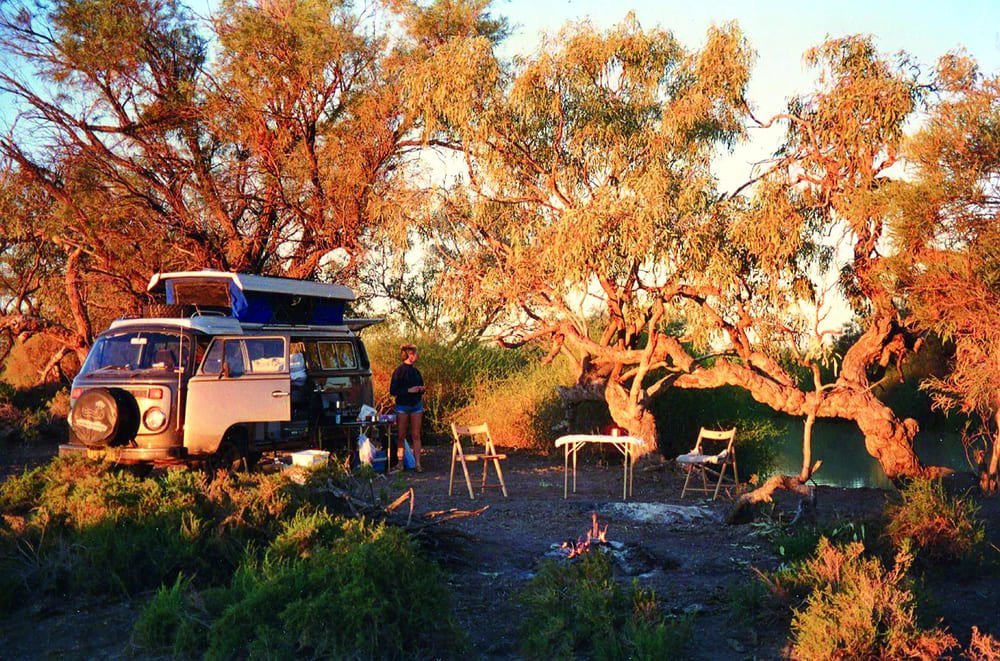 The author and his wife (Maarit) camped for a few nights on this idyllic bush site in south Queensland. Pic RV Books.

Good camping sites can be also often found down minor and often very rocky and narrow tracks near creek crossings. On these, the rig may bounce around but unless you hit things that nature did not intend to move, there is little risk of damage. Most 4WDs handle this with ease but you must have an off-road towing hitch, and WDH bars (if you have them) disconnected.

What camper trailers (and their tow vehicles) can be used where is covered in following sections. 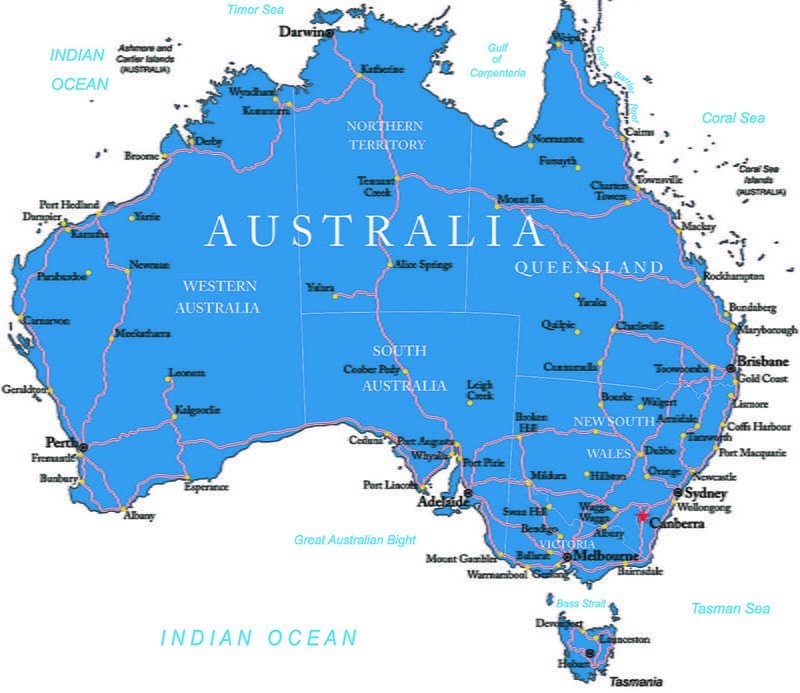 Australia’s major bitumen roads. There are many dirt roads (of varying quality) including one across the centre via Alice Springs. Pic: Bogdanserdam/Dreamstime.com