A storage battery’s charge cannot be established by measuring its voltage. This is because its energy is held within a water/acid mix (electrolyte) that interacts chemically with thick lead plates. The interaction is slow so voltage measurement shows only the charge that is on, or very close to, the surface of the plates. Because of this, a close to flat deep-cycle battery may show a ‘fully charged’ voltage after being heavily charged for a brief time. An almost fully-charged battery may likewise appear to be ‘flat’ (i.e. under 11.4 volts) after running a microwave for a few minutes. A deep-cycle battery bank really requires resting for 24 hours before voltage measurement has any real meaning.

Starter batteries react faster but may show only 9-10 volts after starting a diesel engine – yet will come back to almost as before within a minute or two. 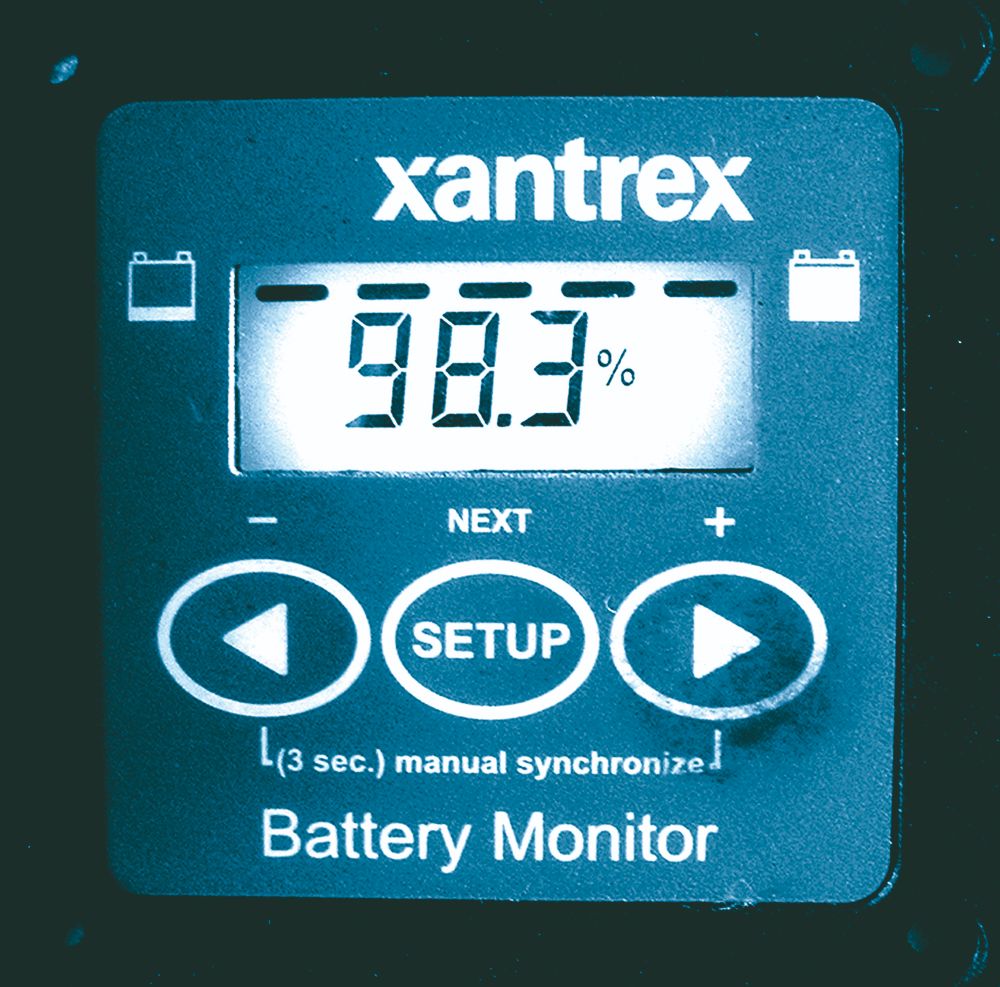 A virtually useless battery may show almost full voltage directly after charging – but can retain that for only a few minutes then falls away under even light load. Despite this many owners make instant checks, and form totally wrong assumptions accordingly. Perfectly good batteries are scrapped and worn out ones may be retained as ‘good’ whilst owners search for non-existent ‘faults’.

If deep-cycle batteries reach about 14.5 volts during the day whilst charging, and stay above 12.2 volts or so at night (under light load), they and the system, are likely to be in good shape.

AGM batteries react much faster. With these, voltage measurements give a reasonably close guide within 15-30 minutes of resting off load.

It is almost impossible to gauge a LiFePO4 battery’s state of charge by voltage measurement as its voltage remains almost constant (at about 13 volts). It can however be done as shown below.

The only really feasible way of knowing deep-cycle and LiFePO4 battery state of charge works much as we track our money. Count what comes in, count what goes out – deduct one from the other and allow for any ‘lost’. What’s left is what you’ve got. It is still far from perfect, but is the best you can do outside a research laboratory, and close enough for RV purposes.

Such metering is now included in good quality solar regulators. Most are simple to set up and read but some almost need a science degree to interpret. All show energy coming and going out and, with many, show the state of charge as a percentage.

This is a only rough guide. Voltage varies from battery to battery, and with resting time and temperature.

The Xantrex monitor (also marketed under different names) has its more important functions easy to use.

Most else it can do is readily followed – once you have read the instruction booklet several times.