Alternator charging usually copes with battery charging if driving most days, but energy draw for longer term camping is likely to be too high to run from solar or affordable (right now) from a fuel cell (chapter 10). A realistic alternative is a quiet generator.

A fridge/freezer will run with ease (directly) from an inverter generator, but doing so gobbles fuel. It is more economical (and quieter) to use that generator to power a high-current battery charger. A 1 kW such generator working at an efficient 75% or so of full capacity will readily charge an AGM battery bank of 150-200 amp hour at 40-50 amps. A LiFePO4 battery of almost any size used in a camper trailer will accept whatever the generator and battery charger can supply. By doing this, the generator may need running for just an hour or so each day – and not upset fellow campers after dark.

Do not attempt to charge from the 12 volt dc output of these generators. That output, even if marked ‘charger’, is mainly intended to run small 12 volt devices without needing a battery. It is typically limited to eight amps, and at an unregulated voltage that is too low for effective charging.

An alternative (but only if their typical 74 dbA noise is acceptable) is a Christie 12 volt dc generator. Some are available with battery charging voltage output. This saves the otherwise substantial cost and weight of a big charger. The company’s 45 amp unit can pump about that amount directly into a conventional battery bank of about 150 amp hour upward. There are also 80 and 120 amp units. These units are often used in fishing camps where the considerable noise may be of less concern for only a few hours a day.

This applies also to most commercial jumper leads. It will cost a surprising amount for the cable to make your own, but will prove money well spent.

As more and more people now use the already reasonably quiet Honda/Yamaha/Dometic type units there is a growing intolerance of truly noisy generators. Many organised sites have banned them, or limit their use to travel group sites well away from the main camping area. 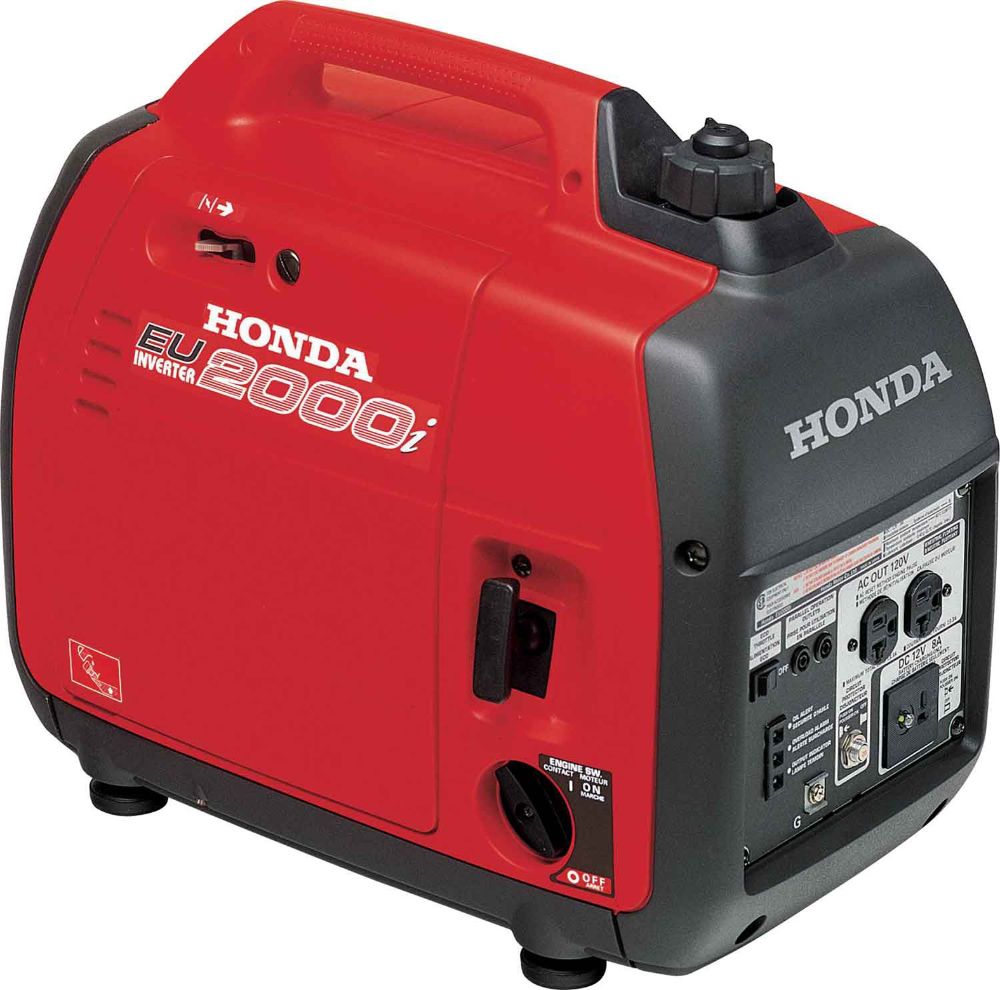 This 2.0 kW unit, or its 1.0 kW version is worth considering if less noisy 230 volt power is needed for battery charging, or other purposes. Pic: Honda.

Making a generator quieter is far harder than it may at first seem. The main problem is that quietening any sound to even half of its perceived level requires its energy to be reduced ten times!

Cutting noise to a still noisy 25% of that originally, requires that energy to be reduced by 100 times: and so on. The exhaust noise is not the only source that’s unwanted. Reducing it to virtually zero may make next to no difference. This is because of another curiosity of how we perceive sound.

Depending on its formant (spectral make-up), a marginally louder sound from one source may totally mask another sound source that is only marginally quieter. The subsequent sound will probably seem different – but remains almost as loud: that is why an opera singer can readily be heard above the full sound of a large orchestra. Because of this, adding an exhaust silencer to an air-cooled engine may make it sound different – but just as offensive – because the exhaust’s racket was previously masking mechanical clatter (or vice versa).

It is thus a total waste of time attempting to quieten a very noisy generator. The most effective way is to house an already quiet generator in something limp and dense that absorbs the sound. By far the best material is sheet lead, but it is heavy and costly. A more affordable alternative is the bitumen-backed acoustic foam sold by boating stores (e.g. Whitworth’s Engine Room Sound Insulation Deluxe (catalogue number 80204N). There is a cheaper version of the material but that suggested above is more effective. One or two sheets (about $100) lining a plywood box works well.

The often suggested egg-cartons are useless for this. They reduce reverberation in a sound studio etc., but have almost no effect on sound transmission.

You will also need an effective exhaust silencer. That from a small car works well. Some form of forced ventilation is essential as the engine uses a lot of air.

A simpler way is to sell the noisy beast and, as do most camper trailer owners, buy a high quality Honda, Yamaha or the ultra quiet Dometic TEC 29 inverter generator. They also use far less fuel. 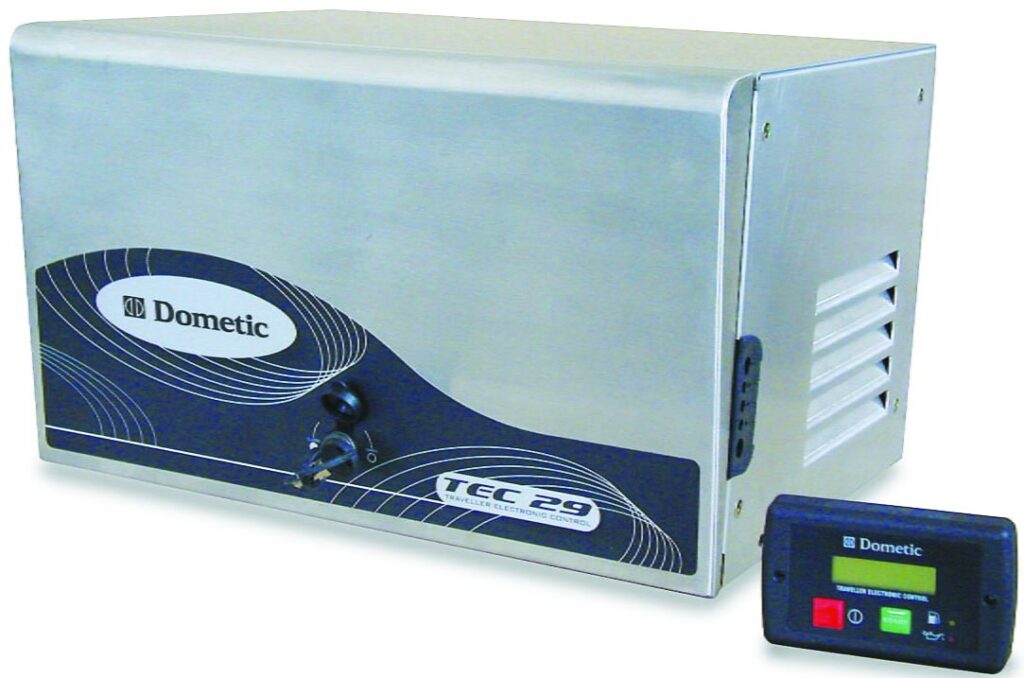 Do neither and you will inevitably receive strong complaints from nearby campers. Noisy polluting generators are increasingly less tolerated.

It is just possible that the fuel cells described in the next section of this book may eventually become affordable. They are almost silent and can be used 24/7. A small car starter battery (of about 50 Ah) is needed, but only to cope with short term loads.