Living with solar successfully requires being totally aware of the energy you use. Here’s a general guide to how to make it all work.

Minimise energy usage first. You can often slash such usage by half – or even more. This requires you to pay for some changes. Doing this, however, and the cost of solar you need is hugely reduced.

Our first (home) all solar house north of Broome (WA), gave invaluable experience. It’s up to 17 kWh/day adequately coped with our under 8 kWh/day usage. Building and living with it for 10 years showed that feasible. Usage now (2020) is about 11 kWh/day in winter and a mere 4 kWh/day in summer. Our now 6.6 kW solar input hugely exceeds that most of the time. We initially used the grid network as a ‘virtual battery’. Since then we have added a 14 kWh Tesla battery and hardly ever draw grid power. In summer we export 30 kW/h a day at a two-year contracted 20 cents per kWh. Our electricity bills rarely exceed the fixed service charge. Mostly, the supplier pays us.

Turn off all appliances at their wall sockets, never by a remote control alone. This particularly applies to anything made prior to 2014 that has a small power unit built into its plug. It applies also to many electrical appliances bought (or via eBay) from overseas. Unless turned off at the wall switch, each little power unit continues to draw power. Such power varies from a watt or so – to as high as 10 watts. While each may seem trivial, the average home has up 30 or so of these. At even 3 watts each, that’s over 2 kWh/day.

How to slash usage – items to change

Living with solar – how much do I need

Fix dust and static issues by washing the modules with water and detergent. Then rinse with a full bucket of clean water to which you have added just one teaspoon of detergent (it has anti-static properties). Use a squeegy to remove surface water – and then let the modules dry naturally.

Energy monitoring is essential when living with solar. Many new owners maintain a daily log of energy in and energy out, plus the highest and lowest voltage. Most owners (who have a battery-backed system) eventually settle for daily checking the battery bank’s percentage charge. The latter is all that is routinely needed. Anything needing attention causes significant variations. 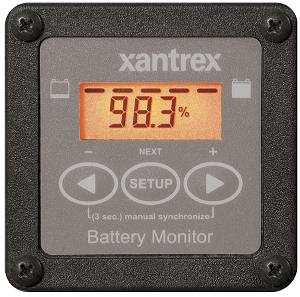