Fuel cells for caravans – great idea, but cost is too high

Fuel cells for caravans are non-polluting and ultra-quiet. Whilst initially promising their initial and running costs still excludes general RV use.

Fuel cells for caravans have been touted as the ideal energy source since 2005. There have been 12 years of promotional claims. But so far, however, only a few products have surfaced. The arguably best one – Truma’s LP gas VeGa – however, sadly failed to sell.

Fuel cells are part generator/part battery. They use hydrogen and oxygen to generate electricity. As hydrogen is not widely buyable, fuel cells thus derive it from fossil fuel. Any such will (theoretically) do. 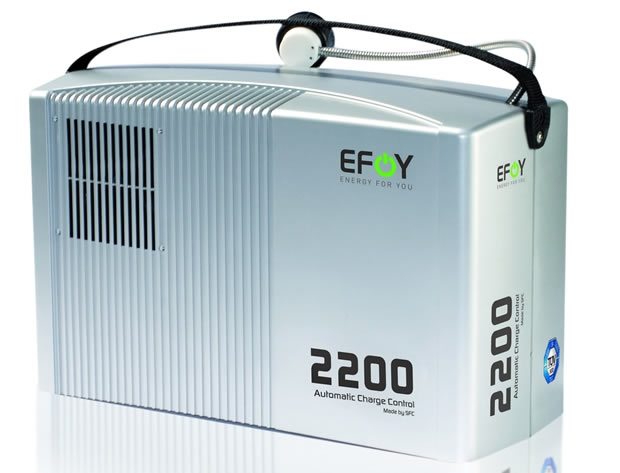 Locally available (claimed high quality) methanol is available in 20-litre drums. It costs a fraction of the price. Ultra high-quality fuel is, however, claimed essential. Warranty, furthermore, is invalid unless EFOY’s fuel is used.

There are also industrial and military versions.

The RV units were initially around A$3500. Around, 2012, however, that escalated. To close to $10,000! A subsequent distribution change reduced prices, They are nevertheless still $6000 upward. 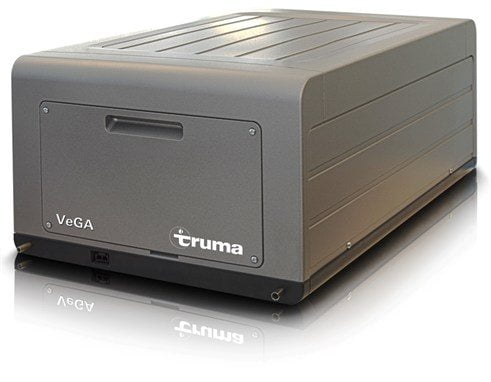 The Dutch-designed Hydromax 150 is much the size as the EFOY. It runs from two water-based solutions. One is a salt. The other is malic acid. (Malic is found, improbably in fruit such as apples!). 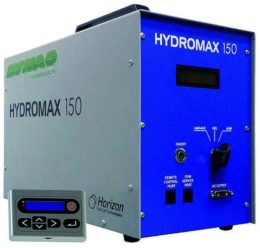 When mixed, this produces hydrogen. The hydrogen molecules are then split by a catalytic converter. That creates electrons. The only waste is water and a little malic acid. The unit produces about 12.5 amps at 12 volts. Hydromax 150

As with the (defunct) Truma VeGA, the US designed WATT unit runs on LP gas. A 9 kg cylinder is claimed to generate about 3400 amp hours at 12 volts. This is about 40 kW/hrs. The output is about 14 hWh/day.

Diesel-powered fuel cells are being produced in Scandinavia. They are, however, currently too costly for the RV market.

Installing the (above) fuel cells is mostly providing ventilated space. Their exhaust is claimed, specifically, to be virtually pollution-free. It is mainly pure water or water vapour.

Small fuel cells need a battery to supply loads exceeding their maximum output. High energy capacity, however, is not required. Energy stores more efficiently in the fuel these cells run from. Starter type batteries are thus fine. So too are LiFePO4s.

Often-made comparisons with petrol generators are flawed. Such generators are only fuel-efficient whilst under 50%-80% load. That works fine if that amount of energy is for battery charging. On light loads, however, they gobble fuel. Emission regulations. also, may eventually preclude generators.

Fuel cell consumption is virtually proportional to load. Their ability to provide silent, non-polluting electricity is thus a major bonus. Unless money is no issue, they are thus best used to back-up solar etc. Not (yet) as a prime energy source.

The Truma VeGa was a hugely costly failure. It finally worked well. But it cost far too much to sell.

Fuel cell technology nevertheless may yet change the world’s energy economy. It could be from petroleum – to hydrogen-based. This nevertheless requires massive change. Benefits, however, are equal. Hydrogen can furthermore be produced from renewable resources. It can also be readily stored.

This, moreover, is not just conjecture. General Motors suggested a US-wide hydrogen infrastructure. Its aim? To place a hydrogen pump within 3 km of 70% of the US population. Plus every 40 km on most interstate roads. The (2003) cost estimate was US$10-15 billion. A major hydrogen pipe-line has now been built in the USA’s Gulf states. As like conventional batteries, fuel cell technology typically combines many cells. Each produces a small amount of power. Individual cells contain a positive electrode (the cathode). Plus a negative electrode (the anode). The electrodes are separated by a solid or liquid electrolyte.

The topic of fuel cells in caravans is covered in Solar That Really Works! (for cabins and RVs). For RV electrics, see Caravan & Motorhome Electrics. See also Caravan & Motorhome Book, and the Camper Trailer Book. Solar Success <a ” href=”https://solarbooks.com.au/solar-success/”>is for homes and properties.

The cost of these books is furthermore repaid multiple times. For example – by getting the system right the first time. The author (Bio) has both engineering and writing/publishing backgrounds. The books are technically competent and in plain English.