Caravan common sense can be fine but used about things technical it’s likely to be based on misleading opinions that contradict the basic laws of physics. Engineering utilises long proven knowledge. This may be (for example) about voltage drop along an electric cable (Ohm’s Law). It may be about the deflection of a spring under load (Hooke’s Law). Or the forces exerted by a caravan yawing or pitching (Newton) etc. All are based on long proven work and often centuries of proven practice.

Some caravaneers and even caravan makers seem at times also to assume they are immune to such laws. A major example is friction sway control. It works well at low speed – but is close to useless at 100 km/h. Why? It’s truly basic. Frictional force remains constant. Sway forces, however increase with the square of the rig’s speed.

Where opinion may come in is (e.g.) the safety factor required. Here decisions may well be financial as well as engineering based. It arises, for example, with bridges. 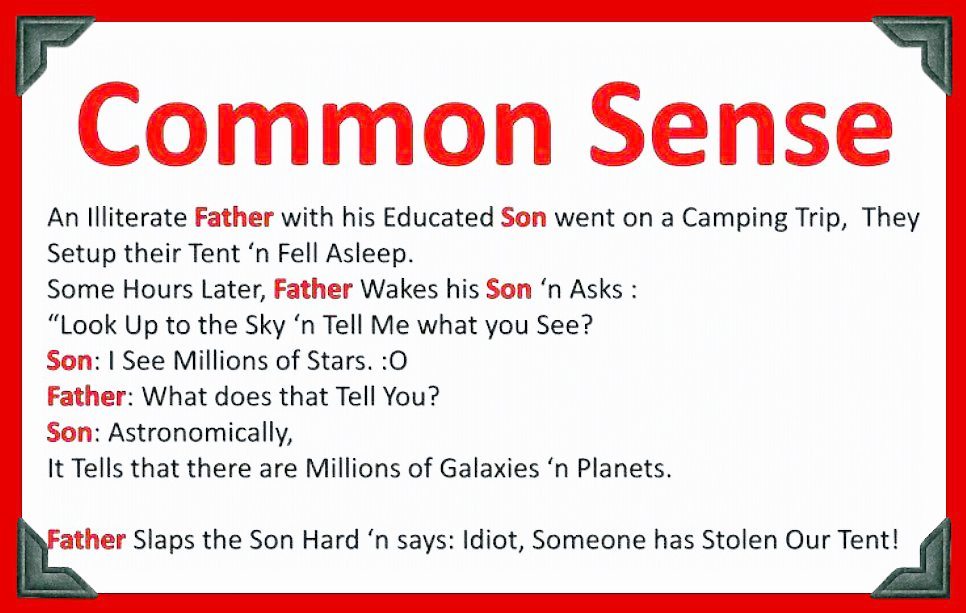 Caravan common sense can often be fine. It works well too when camping. But rarely with technical issues. Here, financial (not engineering) issues may predominate.

While I was a motor industry research engineer (before safety became fashionable) minor engineering changes could substantially reduce brake fade. The management decision however was to keep braking performance as is but to reduce brake drum size to retain the existing braking performance. Engineers provided facts. The decision was based on marketing and accounting opinion.

Caravan forum opinions can regress to absurdity. One post advised a fridge was not cooling adequately. It later disclosed the fridge drew 10 amps via 10 metres of 1.5 mm² cable. My response was that the fridge was losing over one volt along that cable. Further, that it may not be the only problem. And that it could not work properly until all was fixed. This resulted in posts to the effect that my response was only an ‘opinion’. And that ‘Fred says it’s nonsense’ etc.

My post was not an opinion. The relationship between voltage, current and resistance has been known since 1827. I responded accordingly – mentioning Ohms Law. This literally resulted in ‘what would that fella Ohm know about it? I’m a plumber and I can tell you the real world’s different mate’!

An ongoing issue is caravan stability. Here, almost everything is known factually. But many argue that, in their opinion, Australia’s now hundreds of roll-overs a year is still too low to matter. Matter to whom?

Lead-acid battery reality is the opposite! Lead-acid battery heaven is a maintained full charge and no load. If kept as a lead-acid version of a Labrador, that battery may live twenty years. But who needs a pet battery?

It may seem caravan common sense to join power cables as long as the connectors are kept dry. It’s not. Nor is this an opinion.

Caravan ‘common sense’ assumes a long gone primary reliance on earthing. That still matters, but there is now a better way. It is to monitor current flow in the neutral and active conductors. If all is well that should be equal. If not, current can only be flowing to earth via an undesired path. That may be via Uncle Fred changing a live light globe and breaking its glass. The unit (and RCD) detects imbalance and cuts power to that circuit.

Circuit breakers that detect excess current must act within 0.4 second. A human heart usually withstands that, but not longer. A circuit breakers speed however relates to the current flowing. And that’s related to cable size and length.

Australian and New Zealand supply cables are now such that contact breakers cut current at that cable’s maximum current rating within 0.4 second. If you join cables together you extend that reaction time. For acceptable cable lengths see: Supply Cables for Caravans.

Raising electrical issues on caravan forums usually results in: ‘I’ve been doing that for fifty years mate – the #@%^$ electricity regulators don’t know what they’re talking about.’ Others then reinforce such terminally silly (and dangerous) opinions. Time and again such threads are locked. Or deleted.

Here, some respondents ‘opinions’ if followed, would cause brain damage and even kill. See my Gas Risk in Caravans. That article is fully referenced from world authorities in this field. Despite that, it receives ‘it’s only their opinion’ responses.

It is hard for non technical people to know who to believe in essentially technical matters. Some distrust of ‘learning’ (even if backed by ample practical experience).

Another relates to energy being changed from one form to another without incurring loss. This is even more so where energy gain is claimed. A classic example is the MPPT (Multiple Power Point Tracking) solar regulator. It is commonly claimed to increase solar input. It cannot do so – it reduces losses in the system (by a typical 10%-15%).

Another claim is that LiFePO4 batteries have zero charge/discharge loss. It’s small – but zero is impossible. In this universe at least. If unsure why – Google ‘entropy’.

Resultant arguing (and abuse) puts technical respondents’ reputations at risk. Even more can a moderator who shuts down thread contain seriously dangerous advice. Because of this, most have ceased doing so. I post on a couple of forums, but primarily post (or update) related articles on this website.

Collyn Rivers is an ex-motor industry research engineer. He switched careers in mid-life to become a technical author and publisher. He also has extensive practical experience with RVs. (Bio). His constantly updated books are written in plain English.